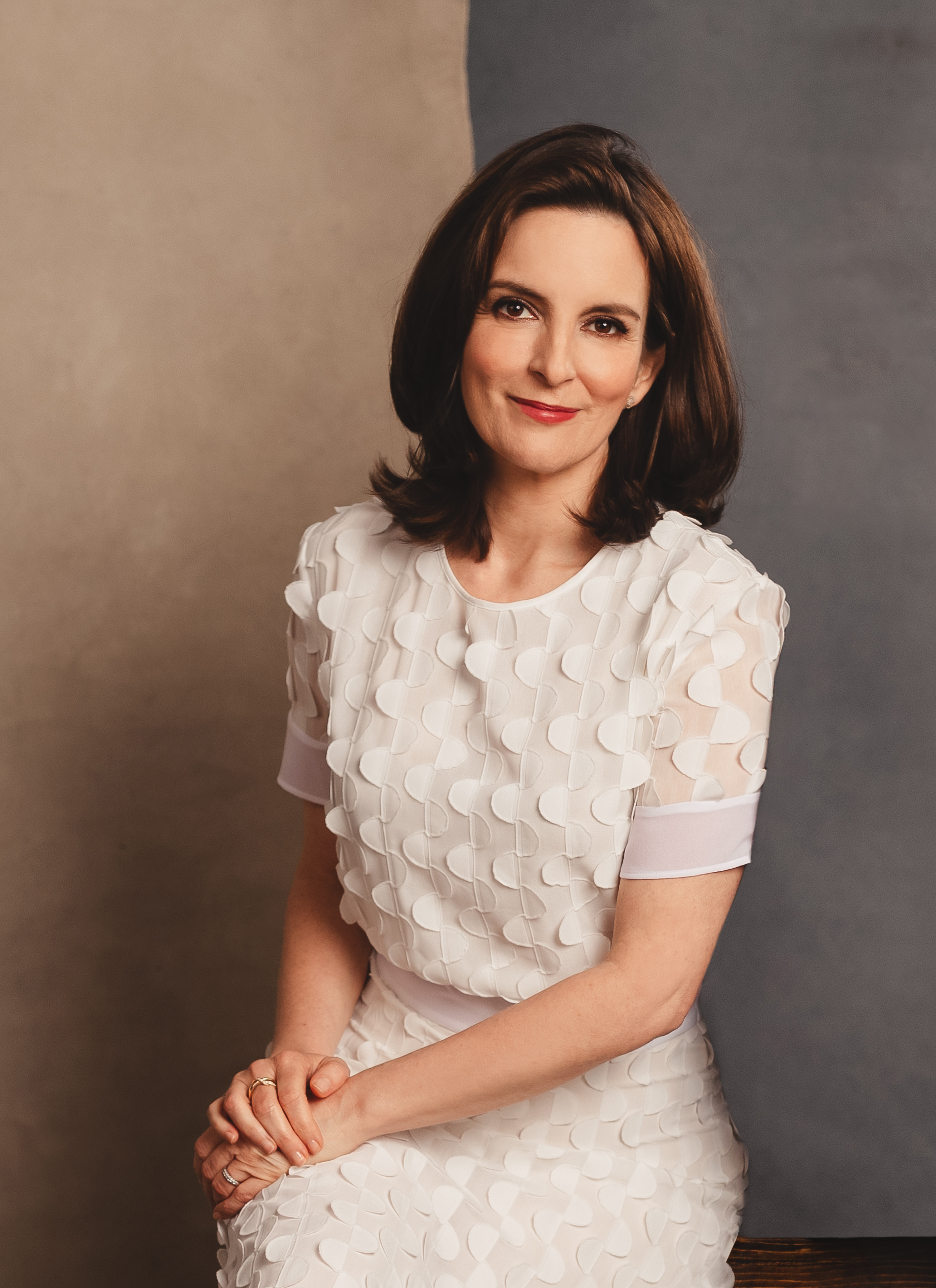 Tina Fey is an award-winning writer, actress, author and producer.

Fey is known for creating the iconic, Emmy Award-winning comedy series, 30 Rock. As the series Executive Producer, head writer, and star as 'Liz Lemon,' her creative on the series earned her an Emmy, two Golden Globes, four SAG Awards, and a People's Choice Award. Originally airing on NBC from October 2006 until January 2013, 30 Rock is the winner of 16 Emmys, 7 Golden Globes, 22 Guild Awards among SAG, WGA, DGA and PGA, as well as Image, Peabody and AFI Awards. The series is also the record-holder for the most Emmy nominations in one season for any comedy series and received a total of 103 Emmy nominations and 22 Primetime Emmy Award nominations over 7 seasons on NBC.

Prior to creating 30 Rock, Fey completed nine seasons as head writer, cast member, and co-anchor of the "Weekend Update" segment on Saturday Night Live. As an actress and writer on Saturday Night Live, she was awarded an Emmy in 2009 for “Guest Appearance by an Actress in a Comedy Series” for her portrayal of Sarah Palin as well as two Writers Guild Awards. Fey also made Emmy history in 2016 when she and Amy Poehler became the first joint winners of “Best Comedy Series Guest Actress” for their SNL co-hosting appearance.

As a creative, she expanded to feature films in Spring 2004 as both a screenwriter and an actress in the hit comedy, Mean Girls, which earned her a nomination for a Writers Guild Award for “Best Adapted Screenplay.” On the big screen, Fey starred opposite Amy Poehler in the 2008 film, Baby Mama, for Universal Pictures. In 2010, she starred in 20th Century Fox's film, Date Night, opposite Steve Carell and shortly thereafter a featured voice in the Dreamworks animated film, Megamind.

In April 2011, Fey released her first book entitled Bossypants, which topped the New York Times best seller list and remained for 39 consecutive weeks. It also received a Grammy nomination for “Best Spoken Word Album.” Bossypants was released in paperback in January 2012 and has sold over 5 million copies in the US thus far.

In 2015, she and writing partner, Robert Carlock, co-executive produced and created the hit Netflix original comedy, Unbreakable Kimmy Schmidt, starring Ellie Kemper. The series was nominated in the “Best Comedy” category for the 67th Primetime Emmy Awards, boasting four nominations for the talented cast, including a guest actress nod for Fey. After four successful seasons, the show wrapped the first ever comedy interactive special for Netflix, an exciting conclusion to the series.

In 2018, the Broadway adaptation of Mean Girls opened at the August Wilson Theater. Written by Fey, directed by Casey Nicholaw, and with music written by her husband Jeff Richmond, the show received 12 Tony Award nominations.

In 2019, Fey appeared alongside John Slattery in an episode of Amazon’s anthology series, Modern Love, which was written and directed by Sharon Horgan.

In 2020, she starred as a lead voice character, ‘22’ in Pixar’s Oscar and BAFTA winning animated feature film Soul written and directed by Pete Docter.

On the big screen, Fey serves as producer on the Apple TV+ Carrie & Me, the film adaption from the novel Carrie and Me: A Mother-Daughter Love Story, by Carol Burnett. Tara Miele will write and direct, while Jeff Richmond will executive produce along with Eric Gurian, Steven Rogers and Josh McLaughlin. Simultaneously, Fey is busy adapting the Broadway version of Mean Girls the Musical into a feature film musical with Paramount.